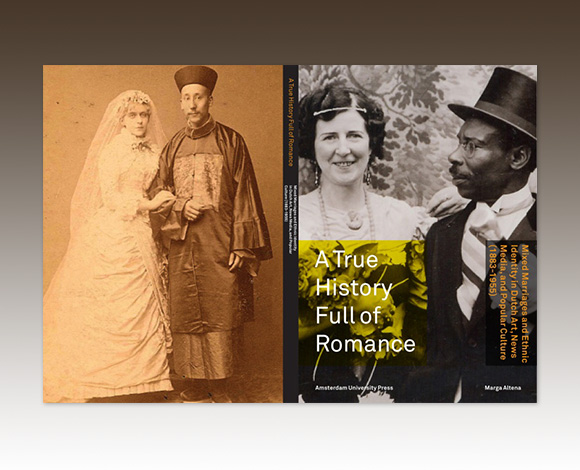 A True History Full of Romance

In the Netherlands, marriage between local ‘white’ women and foreign men, particularly men with another skin colour, was unimaginable for a very long time. A woman who brought a ‘coloured’ man home was asking for trouble. The Dutch were used to marrying within their own group, even if ‘their own group’ might refer to different things: in the first half of the nineteenth century, it was considered important for the future husband to be of the same class, and, after that, it was his religious persuasion that was paramount. As of about 1900, cultural, economic, and social life became increasingly segregated along religious lines, and people were used to working, playing sports, making music, courting, and getting married with fellow believers. Strangers did not fit into this compartmentalized world and were even regarded with suspicion, if not horror.